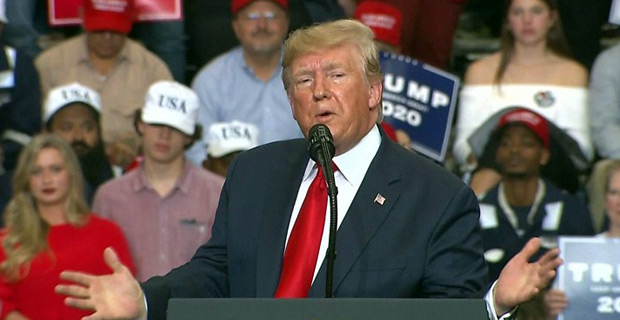 A top US diplomat at an impeachment hearing has said that President Trump directly asked about a Ukrainian probe into his Democrat rival Joe Biden.

In previously unheard testimony, Bill Taylor, the acting US ambassador to Ukraine, said a member of his staff was told Trump was preoccupied with pushing for a probe into Biden.

He was speaking at the first public hearings in the impeachment inquiry.

Trump is accused of withholding US military aid to Ukraine in order to pressure the country's new president to publicly announce a corruption inquiry into Mr. Biden, among the favourites to take him on in the 2020 presidential race.

Trump denies any wrongdoing and describes the impeachment inquiry as "another witch hunt".

A 37-year-old man who is alleged to have raped, assaulted and robbed a 58-year-old woman in a settlement in Suva has pleaded not guilty to all his ... 19 minutes ago

A 36-year-old man from Samabula who was allegedly found with two bags of methamphetamine and five bullets of marijuana has been remanded in custody ... 23 minutes ago

Former Lawyer Shazran Abdul Lateef and Zoe Maharaj Moore who are charged with drug-related offences will take their plea on the 22nd of this ... 26 minutes ago

Police and the Land Transport Authority of Fiji are searching for a suspect of a hit and run incident which caused the death of a man in Saweni, ... 31 minutes ago