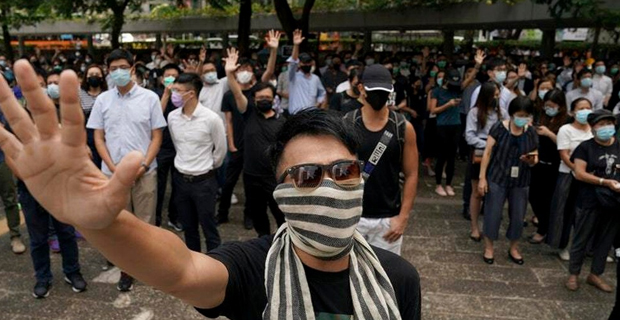 Thousands have taken part in unplanned protests in Hong Kong after the territory's government announced a face mask ban.

The ban comes after an escalation of violence during protests on 1 October, when an officer shot a demonstrator.

Reports said a 14-year-old had been shot in the leg.

He is reportedly in a serious condition.

The government developed two web platforms through the Geographic Information System (GIS) to better plan and mobilise resources during the COVID-19 ... 18 minutes ago