Things are turning around in the dairy industry - Dr Reddy

Things are turning around in the dairy industry - Dr Reddy 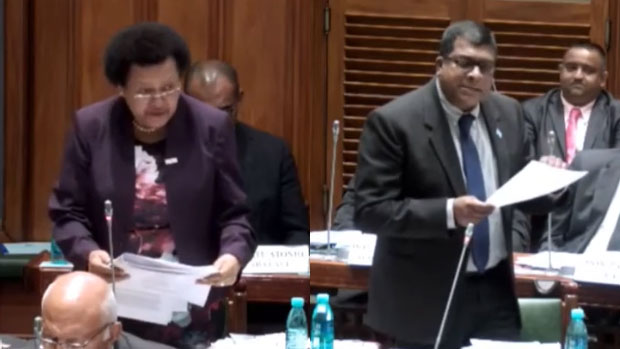 Minister for Agriculture Dr. Mahendra Reddy says things are turning around in the dairy industry and from 2018 to 2019, the total volume of small holder milk production increased from 4.14 million litres to 4.18 million litres.

He says at their own farm in Koronivia, a cow is now yielding 9.7 litres of milk per day which used to be 5 litres per cow per day in 2017.

Dr. Reddy says they now want this to happen at all dairy farms around the country.

Dr. Reddy says in the last 10 years, they have lost over 4,000 dairy cattle due to a number diseases and this had a major impact on dairy products in Fiji and presented a big challenge to the dairy farmers in the country.

He revealed this while responding to SODELPA MP Adi Litia Qionibaravi’s question who had asked Dr. Reddy to update Parliament on the status of restructure of the Dairy Industry since 2012.

Dr. Reddy also says that despite knowledge of the presence of cattle diseases and the fact that they also existed in neighbouring countries such as New Zealand and Australia, successive governments in Fiji did not prioritise its resources to seriously address these diseases.

He says these diseases were present in the 1960s and the then governments had not put aside money to eliminate the diseases.

The Agriculture Minister says over the last ten years, the Ministry of Agriculture has doubled its investment to a dedicated program and a total of $9.6 million has already been allocated in the last five years to combat these diseases.

He also told the parliamentarians that the farm gate milk price was also increased from 75 cents to $1.10 last year.