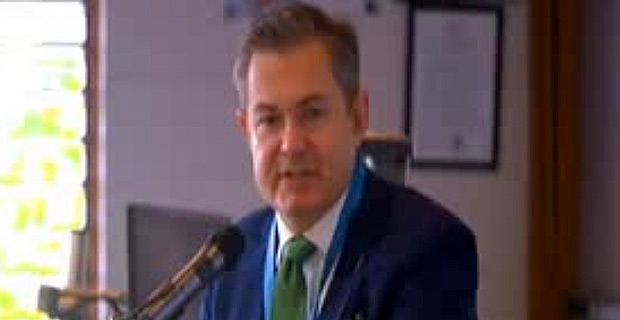 The New Zealand High Commissioner to Fiji Jonathan Curr has stressed that there is a need to cooperate with all countries along the drug supply chain.

While speaking at the National Dialogue titled “Substance Abuse – Let’s Talk About It! Finding a Fijian Solution!” organised by Leadership Fiji with the support of the Ministry of Defence at the USP AusAid Lecture Theatre, Curr says this cooperation should be from where the drugs are manufactured to where their final destination markets are.

Curr says sadly, some of the criminals are very smart now but we need to be smarter in the drug fight.

Curr says a simple but effective example of the cooperation is NZ support to Fiji's Dog detector Unit.

He also says in the first six months of operation, the Dog Detector Unit at the Nadi International Airport was instrumental in intercepting 13 hard cases of drug cases worth more than $6.1 million.

Curr says there have been many more seizures since then by the Dog Detector Unit.

He says they are in the process of designing a major new initiative between Fiji and New Zealand Police to develop a new Policing Cooperation program.

Curr says a majority of transnational organised crime is linked to the trafficking of illegal drugs.

He says Fiji is far from being alone in dealing with drug and substance abuse problems, other neighboring countries such as Samoa, Tonga, and New Zealand are also affected.