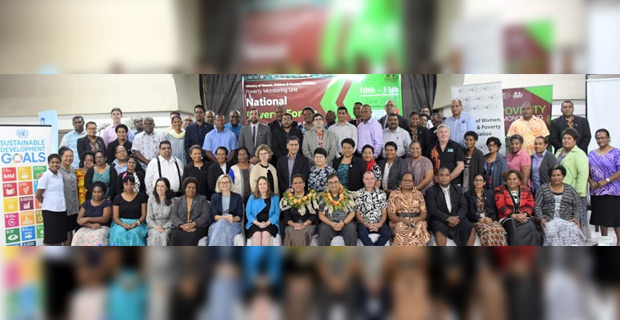 The Fiji Bureau of Statistics Chief Statistician, Mitieli Cama stated that the overall percentage of the Fijian population living in poverty has declined since 2002.

Cama says from the 2013/2014 Household Expenditure Survey, population living in poverty declined from 31% to 28%.

He says currently the 2019/2020 Household Expenditure Survey is underway which is expected to end in February next year, while the first preliminary release of data is expected to be released in April.

Meanwhile, Minister for Women, Children and Poverty Alleviation, Mereseini Vuniwaqa while officiating at the opening ceremony of the National Poverty Forum in Novotel says the reality is that poverty impacts us all in one way or the other. Vuniwaqa says that is why the government is committed towards reducing poverty by implementing various programs such as the free education scheme, scholarships schemes for tertiary students such as TELS and Toppers Scholarship, social protection for the elderly, disabled and the disadvantaged and more.

The two‑day National Poverty Forum is organized by the Ministry of Women, Children and Poverty Alleviation through the Poverty Unit and in collaboration with UNDP and the Ministry of Economy.