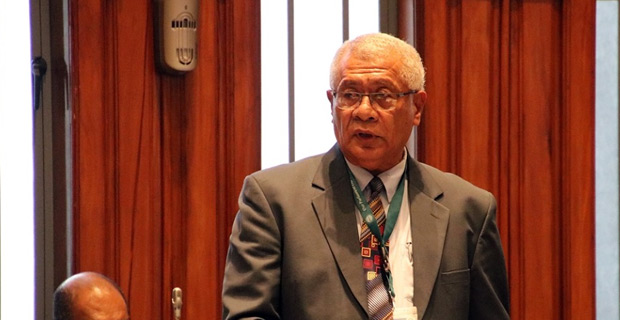 SODELPA’s Acting President, Anare Jale says the 2019/2020 National Budget is a marketing stunt and the Bainimarama government intends to market Bainimarama abroad but failed to demonstrate his real commitment at home.

Speaking during the budget debate, Jale says this lack of policy coherence is what the international community will note in their budget.

He says a report which was supposed to be delivered to the United Nations in July about the review of the Sustainable Development Goals should have gone through parliament so that the people of Fiji can know whether the words of the Prime Minister at the UN General Assembly reflects what the reality is.

Jale says it is a financial burden for the government to meet the cost for a mission in a foreign country.

Jale says the Minister for Civil Service has not really kept his promises relating to the civil service.

He adds the Public Service Commission should hang its head in shame in contributing to their unjust actions towards civil servants.

Jale says it is the responsibility of the government to hold true to their promises, implement strategies that can uplift people’s economic status so that they can improve their livelihood.