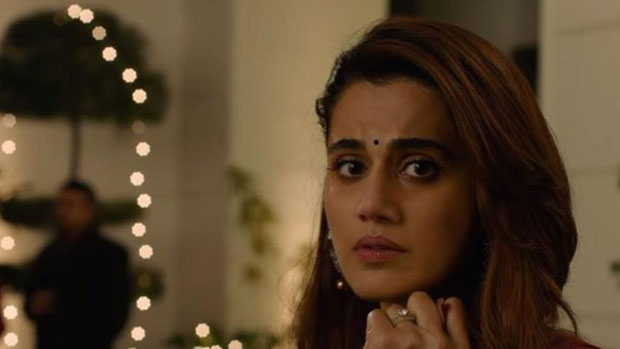 An innovative new trailer for Thappad, directed by Anubhav Sinha and starring Taapsee Pannu, has been released online.

The trailer shows Taapsee speaking directly to those watching the trailer and asking them to report the video so that it gets blocked on YouTube.

During a dinner party, Taapsee character, Amu’s husband feels insulted and takes his anger out on her.

The video then pauses and cuts to Amu (Taapsee) who looks directly into the camera and delivers a message.

She says that videos such as this have no place online, and asks viewers to report the trailer to YouTube and if it is reported enough times, it will likely be removed.

Thappad is slated for release next Friday.