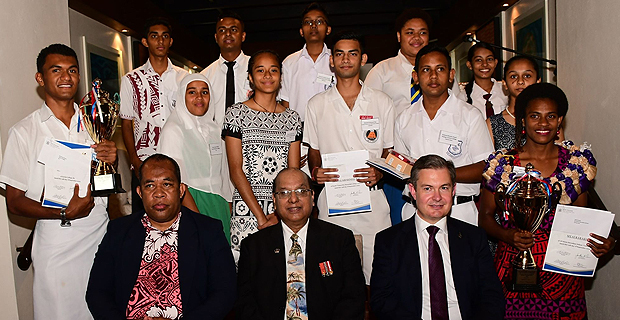 455 students from 82 schools from around the country participated in the New Zealand High Commission’s 2019 Essay Competition this year and 10 students were awarded with prizes yesterday.

While speaking at the prize giving ceremony at the New Zealand Official Residence, New Zealand’s High Commissioner to Fiji, Jonathan Curr says he is impressed with the high standard of writing skills displayed by these students.

New Zealand High Commission 2019 Essay Competition was based on a quotation about climate change by the New Zealand Prime Minister, Jacinda Ardern, “You don’t have to cede power by acting on climate change. This is about being on the right side of history.”

Students were asked to draw on the quotation and write an expository essay on practical ways to combat change with particular reference to the Pacific region.

Curr says Fiji’s youths have demonstrated a sophisticated understanding of climate change, deep knowledge of the social and economic impact of the environmental challenges facing the region, mitigation and adaptation strategies needed to protect the region and ways to promote awareness of climate change at global level.

Selai Raraki from Seaqaqa Central College and Seremaia Naisua from Xavier College were awarded with supreme awards where they each received a laptop and $500 cash prize. 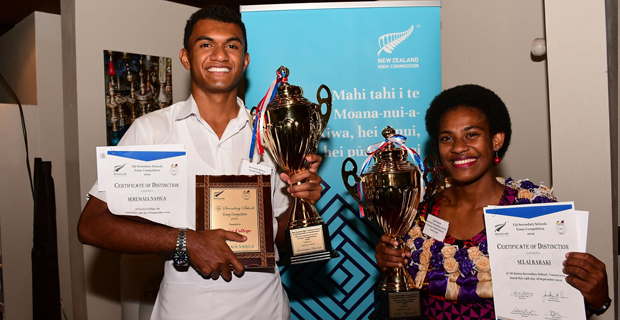 Three students were awarded with certificate of commendation award where they received a tablet each.

Five students were awarded with certificate of honorable mention award where they received $200 each.

The New Zealand High Commission is running the Essay Competition in Fiji for the last 11 years.