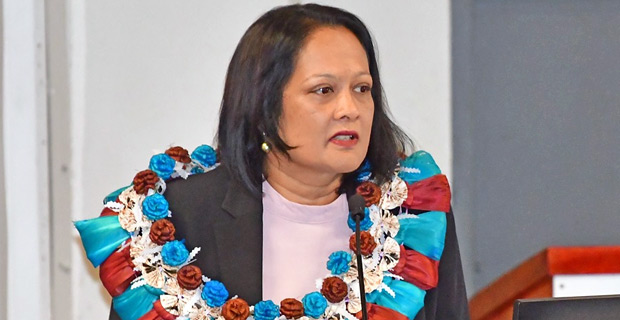 Minister for Education, Rosy Akbar says there is a red file on her table every day that a teacher has beaten somebody up, someone has pinched or smacked a child.

Akbar stresses that teachers will lose their jobs if they engage in any form of corporal punishment.

She says that there will be zero tolerance for teachers who engage in any form of corporal punishment on a child in school.

Akbar told the school heads attending the Central Division school leaders meeting at Saint Joseph's Secondary School to make sure that all teachers in their schools are advised and aware that they are not allowed to engage in corporal punishment.

Meanwhile, the Employment Relations Court has ruled that inflicting any form of corporal punishment on a person is an assault and the Ministry of Education has the right to terminate the contract of a teacher.

This was the finding by Justice Anjala Wati in her ruling against Samuela Bulavakarua, a school teacher employed by the Ministry of Education until his employment was terminated for inflicting corporal punishment on four students by slapping them during the lunch hour inside the classroom on 31st May last year.

Justice Wati states that any form of beating, including slapping a child, amounts to physical punishment and is, therefore, an assault.

Director of Public Prosecutions, Christopher Pryde says this judgment confirms that corporal punishment is assault. Pryde says not only can teachers lose their jobs but they can be prosecuted under the Crimes Act for assault.

Section 274 of the Crimes Act states that a person commits a summary offence if he or she unlawfully assaults a person and can be sentenced to one year imprisonment.

The government developed two web platforms through the Geographic Information System (GIS) to better plan and mobilise resources during the COVID-19 ... 36 minutes ago