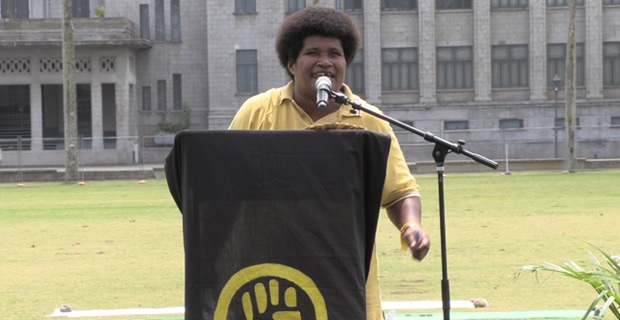 “We have always taken cyclone warnings lightly, and this led to 101 houses in our village getting destroyed during Tropical Cyclone Winston.”

This was stated by a villager of Draunivi Village in Ra, Taravini Ranadi during the Fiji Women’s Climate Emergency Rally at Albert Park.

She says when a cyclone warning is given, men in the village carry on with their kava drinking sessions and storytelling.

Ranadi says she was part of the Draunivi Public School Committee and on the day TC Winston struck, they had advised the village to take precautions and secure their houses but one clan in the village was least bothered because there was a birthday party celebration taking place.

Ranadi says because of the inaction, 101 families in Draunivi Village were homeless.

She says in 2004, they were hit by major flooding and the villagers had not taken heed of the warning and women decided to go out fishing.

Ranadi says it was a sad sight when these women were just crying by the sea when strong winds and flooding hit them.

Ranadi says climate change is not a joke and they as representatives from Ra know that any weather warning is not to be taken lightly.

The organiser of the Fiji Women’s Climate Change Rally, Noelene Nabulivou of DIVA for Equality says they will collect and take voices of Fijian women who spoke at this rally to the UN Climate Action Summit that will be held in New York next Saturday.

Nabulivou says women from as far as Ra who have suffered the worst effects of climate change spoke about their experiences at the rally.

About 250 people were present at the rally and a number of people shared their stories.