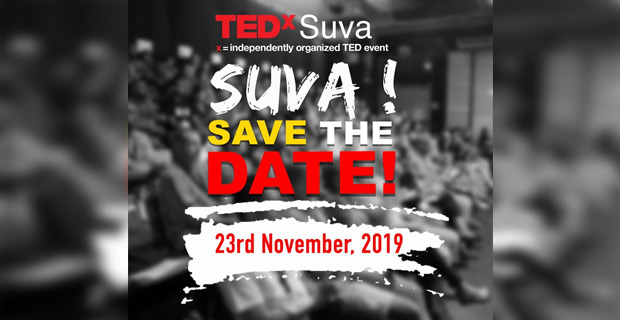 A TED Talk is being organised in Suva which will see seven people speak on the subject of “Innovation and Entrepreneurship”.

Event organiser, Evlyn Mani says the committee decides on what is relevant and is a topic of discussion or if there are new ideas that people have not really heard of.

She says they try to bring these thought-provoking and inspiring ideas to stage.

Mani adds TED is a non-profit organization devoted to ideas worth spreading that was started in 1984 while TEDx is a program of local, self-organized events that bring people together.

Other speakers will be confirmed later.

TEDxSuva is going to be held this Friday at the University of the South Pacific's AUSAID Lecture Theatre.

A 37-year-old man who is alleged to have raped, assaulted and robbed a 58-year-old woman in a settlement in Suva has pleaded not guilty to all his ... 48 minutes ago

A 36-year-old man from Samabula who was allegedly found with two bags of methamphetamine and five bullets of marijuana has been remanded in custody ... 52 minutes ago

Former Lawyer Shazran Abdul Lateef and Zoe Maharaj Moore who are charged with drug-related offences will take their plea on the 22nd of this ... 55 minutes ago