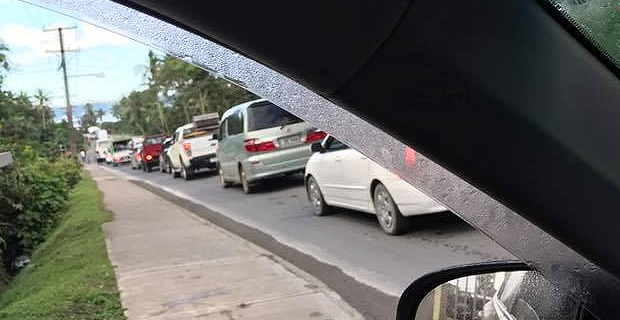 A stop and go system is in place between Suva and Lami corridor to control the traffic jam that has been caused due to road works since this morning near Suvavou Village.

Fiji Road Authority has confirmed that works is expected to finish around this hour and traffic will be cleared soon after.

Hundreds of people a have been stuck in traffic from the Walu Bay roundabout to Wailekutu since 9 this morning.

The Fiji Roads Authority confirms that these roads works will continue until next week.

It says they are carrying out road works in Lami during off peak hours only.

The FRA says they have repeatedly advised the general public through public advisory that for certain periods in dry weather the road will be temporarily reduced to single lane and full traffic management will be present on site to guide motorists safely through the site.

With SODELPA going through changes and opposition within the party, we give you all the stories that covered these ... 14 hours ago