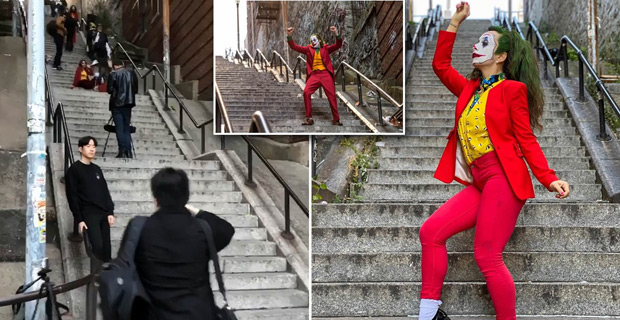 The stairs feature on posters, billboards, and loads of ads for the Joker film [Photo:DailyMail]

A staircase in the South Bronx has become something of a magnet for tourists, thanks to the new Joker film.

The enormous staircase, located at 167th Street, in the Bronx, New York City, features in the new Todd Philips movie when Joaquin Phoenix's loner Arthur Fleck dances down them after becoming the Joker.

Film fans are now heading to the location in an attempt to capture the perfect Instagram shot for themselves.

Tourists, cosplayers and Instagram influencers are all making their way up to an area of New York City that doesn't normally make it onto visitors lists of must-see attractions.

As the tourism and hotel business transitions into the next phase of survival, operators involved in the tourism industry will be considering extended... 54 minutes ago
LATEST NEWS

Four police officers charged with allegedly assaulting some suspects between 25th and 26th January 2018 during a drug raid operation in Tavua have ... 50 minutes ago

The debate on the Legal Practitioners Amendment Bill 2020 will take place this Thursday. Attorney General, Aiyaz Sayed-Khaiyum says the bill seeks ... 51 minutes ago