Special commission to look into findings of USP investigation report

Special commission to look into findings of USP investigation report 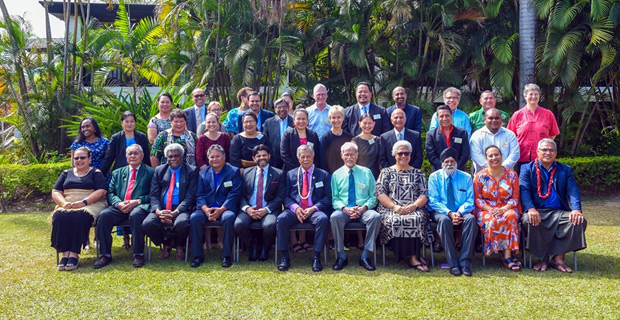 The University of the South Pacific Council has agreed to appoint a commission to implement the findings and recommendations of a report by independent investigators BDO Auckland which looked into allegations of breaches in past management and financial decisions.

It details allegations of quick appointments and contract renewals for some senior members of the university many of them work at the Laucala campus in Fiji.

The USP Council says the report from BDO Auckland resulted in a range of findings and recommendations that will need to be addressed to ensure the sound operation of USP.

It says the commission will be overseen and report regularly to a Committee of Council comprised of the Prime Minister of Cook Islands Henry Puna, the Deputy Prime Minister of Samoa Fiame Naomi Mata’afa and the Attorney General of Fiji Aiyaz Sayed‑Khaiyum.

The Deputy Prime Minister of Samoa will be the chairperson of the committee.

It has been confirmed that the commission’s work will cover but not be limited to remuneration policies and control, inducement allowances, responsibility and acting allowances, bonuses, consultancy arrangements, succession planning, human resources, transition arrangements, governance and oversight, operation of senior management team, interface between governance and management and committee structure and responsibility.

The USP Council says the commission will develop an Action Plan, which will be made publicly available, to be implemented over the coming year.

It says the council may choose to extend the term of the commission should it be necessary.

It has also confirmed that a summary of the BDO Auckland Report will be made publicly available in due course.

Supervisor of Elections, Mohammed Saneem did a walk through with the media at the Fijian Elections Office Warehouse in Laucala Beach, on how the ... 27 minutes ago

The Fiji National Provident Fund has announced that it would soon launch a retirement product that offers members flexibility and earns ... 5 hours ago
More News
TOP