Smart litter bins to be installed in Nadi Town

Smart litter bins to be installed in Nadi Town 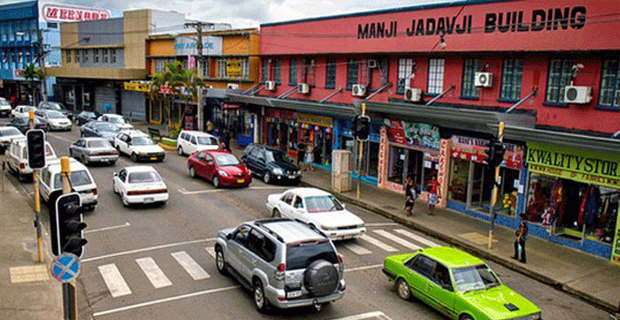 Ali made the confirmation after Fijivillage questioned him regarding the lack of litter bins in Nadi Town.

Ali says the old rubbish bins were removed during the upgrade of the footpath and they are now replacing these old bins with smart litter bins which will have two sections.

One section will accommodate recyclable items while the other section of the litter bin will have space for other ordinary garbage that cannot be recycled.

He says they are currently looking at installing 30 smart litter bins in Nadi Town and will add more later which will also include installation of smart bins in Namaka.

The Digicel Fiji Kulas outclassed Solomon Islands 3-1 in a physical encounter in the OFC Women’s Nations Cup and secured a spot in the grand final ... 12 days ago
More In Depth

A man and his wife who sexually exploited two young girls in Nakasi two years ago, will spend 16 years and 10 months behind bars. The man and his w... 32 minutes ago
LATEST NEWS

Fiji has recorded 66 new COVID cases since Friday. 14 new cases were recorded on Friday, 36 cases on Saturday, 10 cases on Sunday and 6 new cases ... 25 minutes ago

5000 youths expected to benefit from the Open Skills Training

5000 youths are expected to benefit from the Open Skills Training that will be provided by the Commonwealth of Learning in partnership with ... 27 minutes ago

Women are the backbone of our indigenous societies - SODELPA

SODELPA Leader Viliame Gavoka has commended indigenous women in our society and around the world as they are the backbone of indigenous peoples’ ... 15 hours ago

The legal matter where the Subaiya family of Raviravi, Ba has filed a case against the Suva Morgue Services, the Minister for Health, the Permanent ... 15 hours ago

Ratu Suliano’s good character does not assist his defence – Aslam