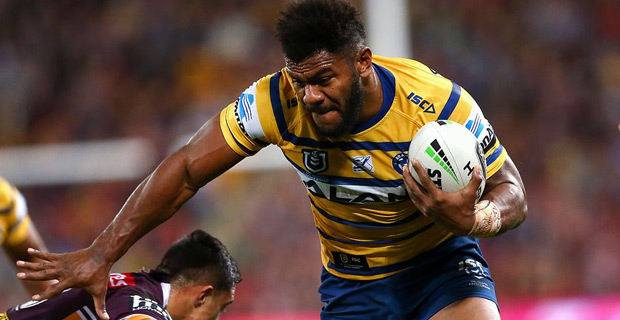 Fiji born Parramatta wing, Maika Sivo will now become the fourth rookie in the last 30 years to claim the Kevin Irvine Medal in his rookie year.

The Kevin Irvine Medal is given to top try scorer in the NRL.

Sivo’s remarkable hat-trick in their 32-16 against the Sea Eagles last week earned him the award with 20 tries.

Roosters center, Latrell Mitchell came in second in the top tries scoring list with 18 tries while Ken Maulo of Warriors in third with 17 tries.

Sivo joins fellow Fijians Noa Nadruku and Suliasi Vunivalu who have claimed this in their rookie years.

Alex Johnson is the only other rookie to have claimed the award in his rookie year, having to score 21 tries in 18 games in the NRL 2014 premier season.

Week 1 of the NRL finals kicks off tomorrow with the Roosters taking on the Rabbitohs at 9.50pm while Melbourne Storm take on the Canberra Raiders at 7.40pm Saturday.

The Sea Eagles face the Sharks at 9.50pm Saturday.

The Parramatta Eels will take on the Brisbane Broncos at 6.05pm this Sunday.

Seventeen Special and Inclusive Education Schools in Fiji have received 50 boxes of cleaning agents donated by Newline Chemicals to help protect ... 60 minutes ago