Shree Guru Nanak was the founder of Sikhism and this is the first time in Fiji where his birth anniversary will be celebrated on such a grand scale.

Shree Guru Nanak was the founder of Sikhism and this is the first time in Fiji where his birth anniversary will be celebrated on such a grand scale.

Head Priest of the Sikh Gurudwara Parbandhak Committee of Fiji, Preetam Singh Shokar says Shree Guru Nanak's principles were universal adding that he was for the Hindus, the Muslims, the Sikhs, the Christians and he was for humanity.

Shokar says to commemorate this more than 500 years later, an eight-day celebration will be held.

He adds people of all religions can attend the celebrations as it is also aimed at bringing people together. 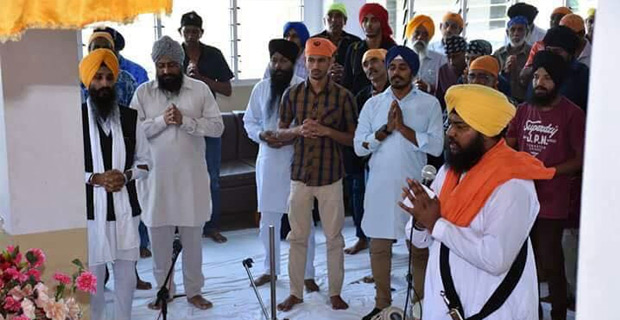 Shokar says during the eight days of celebrations, free meals will also be provided 24/7.

On each day of the celebrations, which begins this Sunday, a different activity is planned such as tree planting, documentary screenings, animated movie showing, heritage tour, and audiovisual presentations, International Peace Walk Parade, and Cultural Night performances.