Several people detained in Iran over shot down Ukrainian plane

Several people detained in Iran over shot down Ukrainian plane 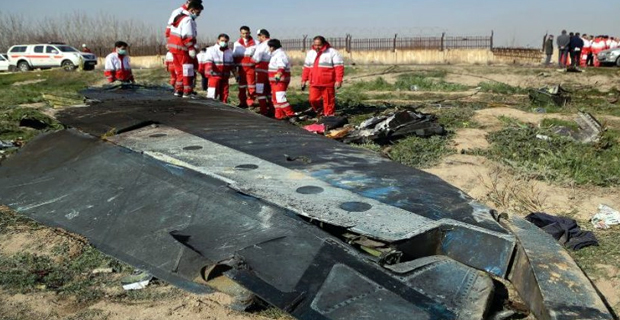 Several people have been detained in Iran over the accidental shooting down of a Ukrainian passenger plane with a missile.

Iran’s judiciary says investigations into the incident were continuing but provided no details.

President Hassan Rouhani said the probe would be overseen by a "special court".

Ukrainian International Airlines flight PS752 was brought down shortly it took off from Tehran, killing all 176 people on board.

Most of the victims were Iranian and Canadian citizens.

For the first three days after the crash, Iran denied that its armed forces had shot down the Boeing 737-800 and suggested there had been a technical failure.

But as evidence mounted, the Revolutionary Guards said the operator of a missile defence system had mistaken the aircraft for a US cruise missile and fired at it.

CCTV cameras will soon be installed in locations around Nausori Town to help Police deal with growing concerns about the increasing number of criminal... 22 minutes ago
LATEST NEWS

A 19-year-old woman will give evidence in her uncle’s rape trial which will begin next Wednesday. Suva High Court Judge Justice Salesi Temo was ... 19 minutes ago

US President Donald Trump has issued an executive order banning any transactions with ByteDance, the Chinese company that owns the video-sharing app ... 56 minutes ago

One more person has died from COVID-19 in Papua New Guinea, bringing the total to three. Authorities said the latest victim is a 62-year-old man ... 58 minutes ago