Serious concerns raised regarding littering in and around Suva City

Serious concerns raised regarding littering in and around Suva City 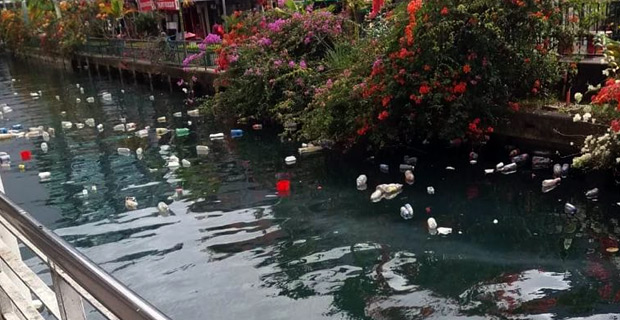 Serious concerns continue to be raised regarding littering in and around Suva City.

This comes after it is noticed that on more than one occasion, piles of rubbish is seen floating in Nabukalou Creek which is in the heart of the Capital City.

When questioned by Fijivillage on whether there is any enforcement and on-the-spot fines to prevent littering in Suva, the Suva City Council has clarified that it continues to charge  people a spot fine of $40 if they are found littering anywhere within the municipal boundary.

The Council says that it has 5 Litter Prevention Officers who are deployed around the city to address the issue of littering. Fijivillage also highlighted to the Council that these officers are rarely seen to be addressing any issues relating to littering or even fining people for littering.

SCC says they cannot be everywhere all the time, however it is the people’s responsibility to put their rubbish in the proper disposal bins that are provided.

The Council says that it carries out its own investigations in the instances rubbish has been disposed off carelessly in the City and those who are found to be responsible are fined $40 for first time offenders and re‑offenders are also fined $40.

The Suva City Council maintains that they continue to clean up areas in and around Suva City at least once a week.

Meanwhile, Minister for Environment and Waterways, Doctor Mahendra Reddy has stressed that littering has become a major issue affecting waterways across the country adding that the Ministry will be prosecuting those that have been littering and ruining drainage systems.

Supervisor of Elections, Mohammed Saneem did a walk through with the media at the Fijian Elections Office Warehouse in Laucala Beach, on how the ... 1 hour ago