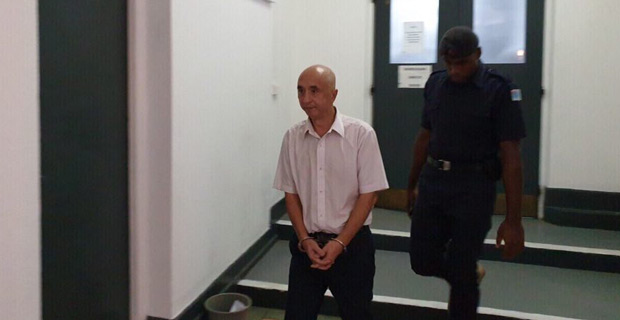 The sentence hearing of a 53‑year‑old Chinese businessman, Aidong Zhang, who was found guilty on charges of obtaining property by deception and money laundering of $1.2 million will be done on Monday.

He was supposed to be sentenced today, however Judge, Justice Salesi Temo has asked the prosecution to get a victim impact report and address the issue of restitution.

The prosecution has informed court that the complainant in the case has returned to China.

Zhang between 1st June 2014 and 31st January 2016, had deceptively obtained property and engaged directly or indirectly in money laundering in the amount of FJD$1,240,740.74. He had obtained the money by deception from the complainant who was his business partner on the pretext that a property was being sold at $5.5 million instead of its actual price of $3.3 million.

Zhang has been further remanded in custody.

Parliament has approved the motion by Minister for Economy Aiyaz Sayed-Khaiyum for the government to guarantee Fiji Airways loans totaling $455 ... 4 hours ago

SODELPA MP Niko Nawaikula says that the Itaukei Trust Fund Board is not doing enough to take into account the history of the Itaukei culture however ... 7 hours ago
More News
TOP