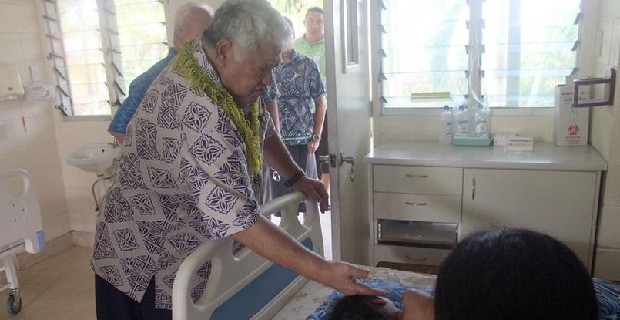 Samoa's government is to shut down on Thursday and Friday this week so all public sector workers can help with the country's mass measles vaccination campaign.

He said all branches would close except the water and electricity authorities.

Tuila'epa reiterated the importance of the mass vaccination campaign and said there were three key facts people needed to understand.

Samoa’s Ministry of Health said 58,000 people had been vaccinated to-date.

Radio New Zealand reports there have been another five deaths in Samoa’s measles epidemic, bringing the toll to 53.

Children under the age of four make up the vast majority of the dead.

Samoa’s  Ministry of Health said in the past 24 hours, there were another 198 cases of measles recorded, bringing the total to more than 3,700.

There are 183 people in hospital, including 19 critically ill children.