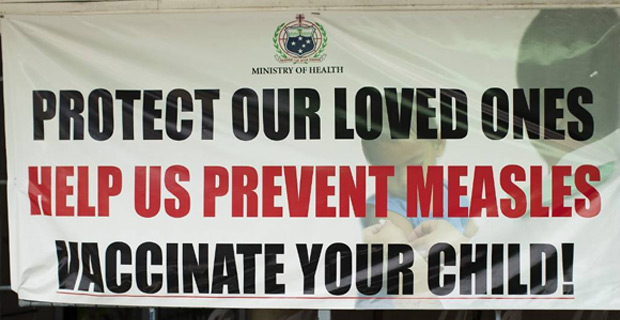 Another 5 deaths have been recorded in Samoa due to the measles epidemic, bringing the death toll to 53.

This is the sixth day the death toll has risen, with children under the age of four making up almost all but five of the dead.

The Ministry of Health in Samoa says in the past 24 hours, there were another 198 cases of measles recorded, bringing the total to more than 3,700.

One hundred and eighty-three people remain in hospital, including 19 critically ill children.

Samoa is racing to immunise its entire population and today authorities expanded the ages of those eligible for vaccinations.

Now the available vaccines are for people aged six months to 60 years old.