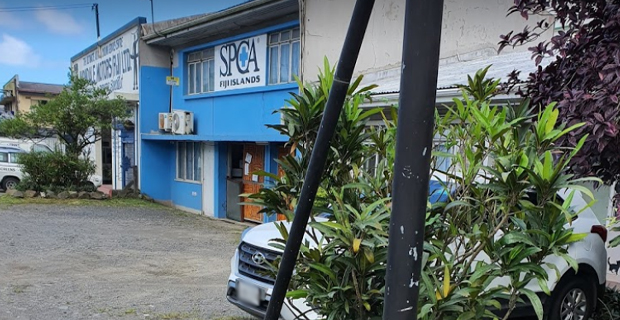 The Society for the Prevention of Cruelty to Animals in Fiji is now responding to claims that it did not act fast enough in the animal cruelty case in Raiwai where a dog was allegedly beaten and then thrown from the second-floor balcony of the house.

The incident happened on Monday morning but SPCA Fiji with the help of Police managed to get custody of the dog on Wednesday morning. SPCA Fiji received a complaint about the incident at around midday on Monday.

Police managed to obtain a warrant to enter the property on Tuesday afternoon.

They immediately went to the property on Tuesday afternoon but the gates were locked and the owner was not at home so they were unable to check on the dog.

SPCA Fiji Co-Chair Seema Deo says their staff do not have authority to enter premises without the permission of the resident or under circumstances that require a warrant.

She says usually this is not a problem as most pet-owners tend to be reasonable and generally happy to have someone check on their pet.

Deo says in this particular case, they had a very angry person who simply refused to let SPCA in, hence the need for a warrant.

She says the Animal Protection Act gives district officers, police, veterinary officers, livestock officers and other “authorised persons” the powers to enter premises without a warrant in order to feed an animal if they believe it has not been properly fed in at least 24 hours.

Deo adds however, for all other offences, a warrant is required from a Magistrate or a Justice of Peace to enter and inspect the animal in question.

She stresses that it is a prosecutable offence to assault, resist or unlawfully obstruct someone who is trying to carry out their duties under the Animal Protection Act.

SPCA Fiji has also expressed gratitude to the Fiji Police Force and the officers who were instrumental in obtaining the warrant and supporting SPCA staff in this work.

The two dogs that were rescued from that house in Raiwai are now under veterinary care.

SPCA Fiji says one of the dogs was allegedly beaten and thrown down a flight of stairs while a second dog was also found exhibiting signs of malnourishment and lack of care.

The organisation hopes that all those who expressed anger and concern on social media consider channeling this energy toward public education and perhaps assisting financially with animal welfare in Fiji.

Police have said that their priority was providing needed assistance to SPCA Fiji.

Police are also yet to determine what their next course of action will be this case.

The owner of the house has not been questioned. Police have only said that investigations are continuing and they are waiting for assessments by SPCA Fiji