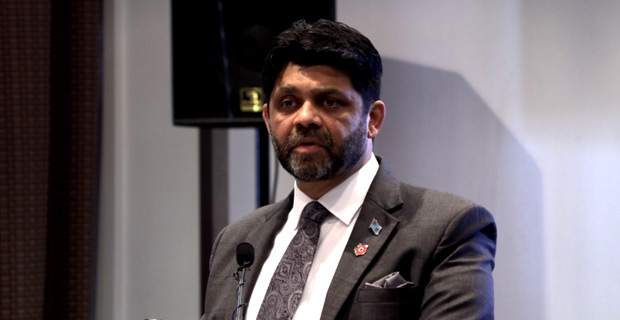 SODELPA and the National Federation Party have criticized Attorney General, Aiyaz Sayed-Khaiyum for saying for decades municipalities had been languishing in what he would call a very barren intellectual space.

Sayed-Khaiyum had made the comments at a welcome reception for Special Administrators at the end of last month.

Opposition Leader, Sitiveni Rabuka says that Sayed-Khaiyum should recognize the fact that he does not have the monopoly on the intellect in Fiji. Rabuka further says that if anyone is responsible for the barren intellectual space in municipal councils, the Attorney General should look back in the mirror.

NFP Leader, Professor Biman Prasad says the comment by Sayed-Khaiyum is a slur on some of Fiji's prominent personalities.

We have sent questions to the Attorney General, Aiyaz Sayed-Khaiyum.

Minister for Defence, National Security and Policing Inia Seruiratu has conveyed his appreciation for the operations conducted by the police officers ... 4 minutes ago

A 23-year-old woman who allegedly stole a vehicle from Navua yesterday has been arrested at Nabua Muslim League settlement. She allegedly stole ... 4 hours ago
More News
TOP