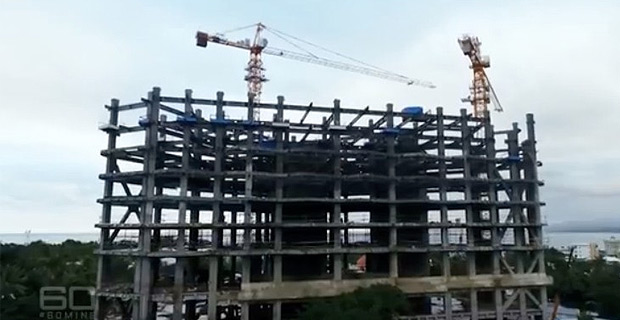 The Suva City Council will soon be putting out an expression of interest to get an independent consultant to conduct a review of the design and compliance of WG Friendship Plaza currently being constructed along Suva’s McGregor Road.

This has been confirmed by Minister for Local Government Parveen Bala who has stressed the importance of the review being independent.

The Suva City Council was advised by an independent panel of engineers to engage a reputable structural engineering firm overseas to carry out an independent assessment of WG Friendship Plaza.

Bala also confirms that he received a letter from the Attorney General’s Office which was in regards to claims by some people against the quality of the building’s steel structure and also the rust which has appeared.

He says there was also a stop order issued by the Ministry of Industry, Trade and Tourism but work is continuing at the site. WG International Real Estate Company Fiji Limited spokesperson William Wu has confirmed that they received a notice from the Ministry of Industry, Trade and Tourism after concerns that the materials they were using were not up to standard but this problem was resolved after necessary checks were conducted.

Work on the WG Friendship Plaza began in 2016 and is expected to be completed in May 2019.

The plaza will be the tallest building in Fiji when it is completed.

Fiji Secondary Schools Athletics Association General Secretary, Vuli Waqa says they are expecting around 2,500 athletes from 135 schools to participate in this year’s Fiji Finals. 4 days ago

Internal differences are normal, Sayed-Khaiyum and Bainimarama have no understanding or tolerance for differences - Rabuka

People’s Alliance Leader, Sitiveni Rabuka says as they operate in line with the rules of democracy, they naturally have internal disagreements. W... 56 minutes ago
LATEST NEWS

A suspect is in police custody after the death of a 19-year-old man in Vatukacevaceva in Ra. Police spokesperson Ana Naisoro says the man was ... 32 minutes ago

Energy Fiji Limited has received more than 100 reports of broken service mains over the last two months and power to the affected area is shut off ... 2 hours ago

Students are seen regularly behaving dangerously on buses, including sitting on window ledges with half of their bodies hanging out of the bus, and ... 16 hours ago