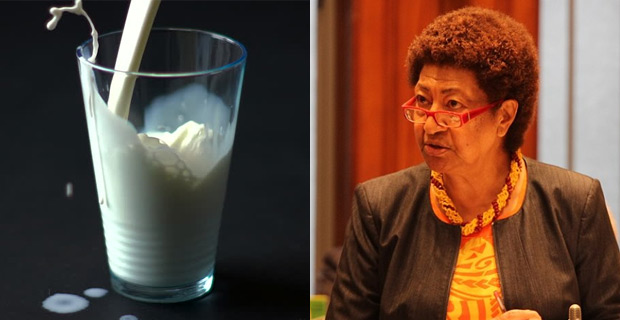 SODELPA MP Ro Teimumu Kepa now says all children from the age of 5 to 7 years need calcium and the government should provide free milk to all these children living in urban and rural areas.

Ro Teimumu says she does not agree with the government’s decision to decrease the allocation of the Free Milk Programme to give milk only to students in the rural and areas.

She says the Free Milk Programme allocation should be increased from $400,000 to $3.1 million.

Speaking on the motion, NFP MP Professor Biman Prasad says that parliament needs to know what percentage of schools in that category are not using or getting milk. He says they do not know what is the basis on which the government has made the decision to say that they are taking away free milk from urban children.

Minister for Economy Aiyaz Sayed-Khaiyum says it is interesting to note that the opposition is now supporting the Free Milk Programme.