Richard Tanumi releases song for victims of the Australia bushfires

Richard Tanumi releases song for victims of the Australia bushfires 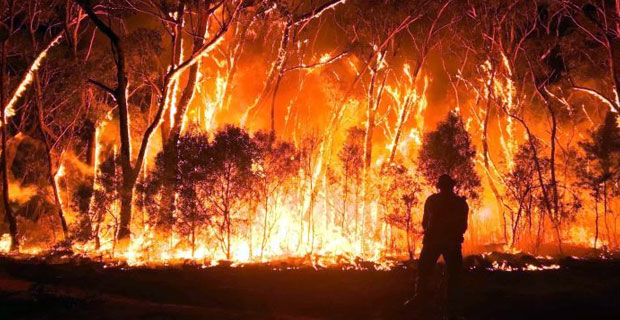 Australian born singer and dancer, Richard Tanumi whose mother hails from Soso, Kadavu has released a song for the victims of the Australian bushfires.

Tanumi says the music video was actually planned for an album that he will be releasing in three months but because of the bushfires, he felt compelled to share the message now.

Speaking to Fijivillage from Sydney, Tanumi says through the music video he hopes to inspire people and hopefully give comfort to those who have lost their houses and loved ones. He says people all around the world are affected by this.

Tanumi adds it is very powerful to see people coming together and it also inspires hope.

He says it will be really special if people in Fiji in whatever little way, shape or form can help just by sending messages of love or even donating.

Tanumi further adds that he thinks the response that they have had from around the world is beautiful.

The song titled "Are You There" premiered on Saturday on Youtube.

CFL has decided to start this appeal as Australia being one of our closest neighbours is going through one of the most difficult times in its history as almost 2,000 houses have been destroyed in months-long bushfire crisis and at least 26 people and millions of animals have died since September last year. The bushfires in Australia are expected to continue for the next few months which will bring more devastation.

According to Sydney Morning Herald, the Insurance Council of Australia has estimated the damage bill had reached A$700m but said it expected the cost to rise significantly.

Scientists fear many billions of animals may have been killed by the bushfires that have swept across Australia’s south-east.

More than 1 billion animals have now died from Australia's bushfires, including 8,000 koalas (via @quicktake) https://t.co/ugQhBjPV0m pic.twitter.com/sCSECKB9VA

Thousands of people who have fled the blazes are uncertain if their lives will ever return to normal.

According to ABC reports, water and food is running low in many areas and the fires could intensify in the coming days as strong winds and high temperatures threaten to create even more awful conditions.

⚠This is an emergency ⚠ Australia is in the grips of the most catastrophic bushfires the country has ever witnessed. More than 8.5 million hectares of Australian land has been burned. And it’s not over yet. How you can help 👉 https://t.co/rs0uk5416P pic.twitter.com/Nmfakz6bql

Many in Australia do not have any idea how life will be going forward and are in dire need of assistance.

Donations can be made through deposits in Westpac account number 9800935794. People can also make donations through their M-PAiSA account by using the M-PAiSA app where people will have to go to business payment section and select Australia Bushfire Appeal and enter the amount.

The appeal closes at 6pm this Saturday.