Residents call on Police to act after increase in dog poisonings, house break-ins and people getting attacked

Residents call on Police to act after increase in dog poisonings, house break-ins and people getting attacked 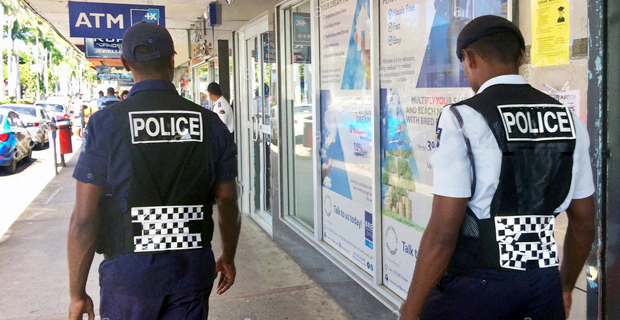 People are being urged to call Police immediately if they notice people loitering around their area or are involved in any suspicious activities.

You have to take this step to ensure that your neighborhood is safe.

People have raised serious concerns about the increasing number of cases of dog poisonings and break-ins and people getting attacked outside their homes as they are trying to get into their compounds.

Reports have come in from Lami, Tamavua, Namadi Heights, Caubati and Suva Point.

There are reports that thieves are poisoning dogs before they break into houses.

They also target people outside the driveways of their homes.

Fijivillage has also spoken to a few residents of Caubati where the body of a 21-year-old man was found along a shortcut early Wednesday morning.

Residents say there have been a number of robberies while people are walking along the shortcut.

They say a number of youth are always loitering around outside the shops, on the road and along the shortcuts throughout the day and until the early hours of the morning.

There are also a number of drunken fights in the area.

The residents are calling for more patrols and Police officers to take action and ensure that the youth or drunkards loitering around in the area are taken to task.

Police Chief of Operations ACP Rusiate Tudravu says they are increasing their visibility in Caubati particularly at night.

ACP Tudravu says they are also actively working towards strengthening their community policing team to conduct more visitations to their respective communities and either form or revive crime prevention committees in these areas that are being targeted by criminal elements.

He says at the same time, Police investigators have been tasked with ensuring investigations are conducted efficiently so those responsible are quickly brought to justice and they are reinforcing officers on the ground to increase visibility.

ACP Tudravu says they have recently made arrests with regards to a few aggravated robbery cases and Police are assuring members of the community that they are putting in place measures to address all these crimes.

Please call the Police Divisional Command Centres if you have any information regarding suspicious activities in your neighbourhood.

You can also call Crime Stoppers on 919.

Supervisor of Elections, Mohammed Saneem did a walk through with the media at the Fijian Elections Office Warehouse in Laucala Beach, on how the ... 53 seconds ago

FijiFirst General Secretary Aiyaz Sayed-Khaiyum says the Fiji Labour Party has candidates who are bhajaniyas (bhajan singers) and they do not have ... 1 hour ago

The Law Association for Asia and the Pacific (LAWASIA) is deeply concerned about the Attorney-General Aiyaz Sayed-Khaiyum’s pursuit of the charge ... 2 hours ago

The Fiji National Provident Fund has announced that it would soon launch a retirement product that offers members flexibility and earns ... 5 hours ago
More News
TOP