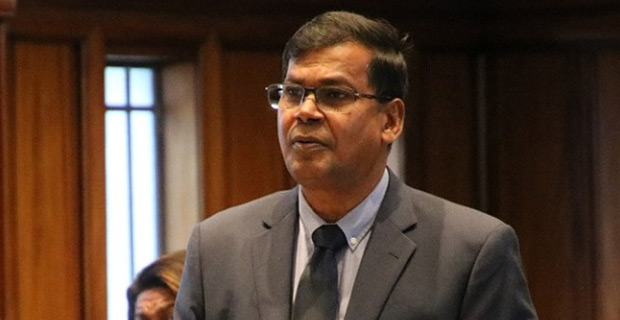 National Federation Party Leader, Professor Biman Prasad has stated in parliament today that the Parliamentary Privileges Committee Report on the matter of privilege involving the Prime Minister, Voreqe Bainimarama and NFP President, Pio Tikoduadua  should not be condoned and debated upon but the law should take its course.

Professor Prasad told the Speaker of Parliament Ratu Epeli Nailatikau the matter was only reported to the Police because of the ruling made by the Speaker himself when he had said that he could not rule on something that he had not witnessed.

Professor Prasad claimed that it is obvious the Privileges Committee Report is a hogwash.

He adds to him this is fictional justice only found in movies probably.

He says two of the Opposition members have not signed the report.

The NFP Leader further says he could clearly see how desperate the government members of the committee were to exonerate their leader.

He says the truth came out two weeks ago when the video footage of the incident went viral on social media.

Professor Prasad claims the findings of the report is designed to get Police off the case.

He says parliament is proposing to make Tikoduadua the sacrificial lamb and apologise for something that he never said or never meant to say.