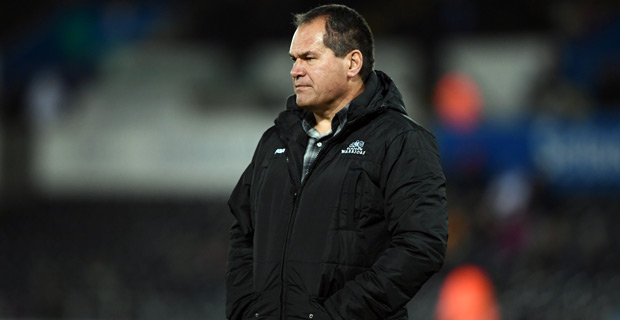 Incoming Wallabies Coach Dave Rennie says he is really excited about his decision and believes he can make a difference with the Wallabies.

He will be joining the Wallabies in July 2020 on a three-and-a-half-year deal that will see him lead Australia at the 2023 Rugby World Cup.

Rennie says he wants to create a strong connection with the Super Rugby and national age-grade Coaches and help them achieve their goals, which will benefit the Wallabies in time.

He also says he was impressed with plans set by Rugby Australia boss Raelene Castle for the future of Australian Rugby.

Rennie says he is keen to be part of this.

In a statement this morning, Rugby Australia says an accomplished and highly respected leader, Rennie joined the Chiefs as Head Coach in 2012 and enjoyed instant success winning back-to-back Super Rugby titles in his first two years in charge.

The Hamilton-based side played finals in each of the six seasons he spent with the Chiefs, a mark that is unmatched by any Head Coach in competition history.

Prior to the Chiefs, Rennie took the Wellington Lions to a first ITM Cup title in 14 years as Head Coach in 2000, and later steered New Zealand Under 20’s to three consecutive world titles from 2008 to 2010.

Rennie was named Head Coach of Glasgow Warriors for the 2017/18 season and in his second year he took the Scottish outfit to the Pro 14 Final and the Quarter Finals of the European Champions Cup, the first time the Warriors have made the playoffs in both competitions.

This means there have 8 border quarantine cases since 6th July 2020. All cases in stable condition. Only one of the cases having mild symptoms. Al... 10 minutes ago
LATEST NEWS