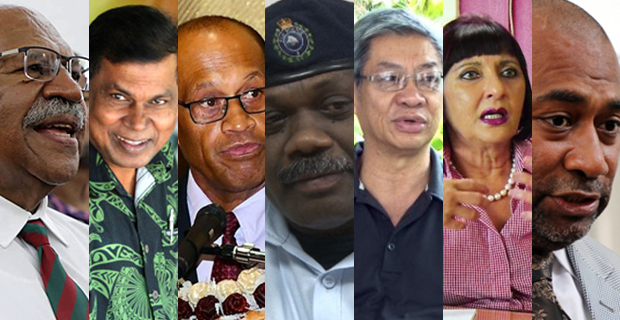 Opposition Leader Sitiveni Rabuka says he does not like the 2019/2020 National Budget because the government is not reducing taxes.

He also says that they wanted government to focus on reducing expenditure. National Federation Party Leader Biman Prasad says it is obvious that expenditure has been reduced.

He also mentioned that for 2 and half hours Minister for Economy has been talking about the good things they have been doing in the past and at the same time trying to also admit the failures in the implementation of the policies and how people might have misused those policies. Transport Minister Jone Usamate says it is good that people will now use e-transport cards for mini buses from next year.

He says it is really important to find out how much is circulating in the mini bus industry. Deputy Police Commissioner ACP Rusiate Tudravu says the funds allocated to them is more than enough to combat the rising issue of drugs in the country.

Tudravu says the 995 constables that are being regularised is part of the second phase of their 5 year restructure.

The Police Force is allocated $800,000 to combat drug trafficking, with dedicated staff tasked with finding and rooting out networks of hard and synthetic drug dealers and suppliers. Fiji Hotels and Tourism Association President, Dixon Seeto says they are glad that tax on ECAL has broadened and also paid by other industries.

However, Seeto says they were hoping for the ECAL rate to be dropped.

Seeto says there should have been a larger allocation for Tourism Fiji. 120 million dollars has been collected through ECAL so far this year.

Fiji Chamber of Commerce President Doctor Nur Bano Ali says that this budget will ease processes for businesses through digitization and enhanced services.

She is happy with the initiatives announced. He says Health is a continuously changing sector and new initiatives will be undertaken as necessary.