Rarawai Sugar Mill is back in operation

Rarawai Sugar Mill is back in operation 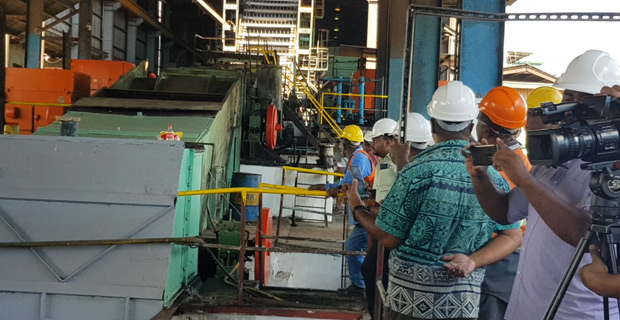 The Rarawai Sugar Mill is back in operation after an extensive refurbishment during the off‑season to the tune of $9.3 million.

Clark says this is the first major upgrade work done to the twenty‑two‑year‑old Rarawai Boiler since it was built in 1997.

He says three main areas of upgrade include the bagasse feeders, the air heater and the ash grate.

He says Deteriorated parts and equipment are being replaced with new ones.

Clark says in addition to the boiler, the Rarawai mill now has two turbo generators, a 5‑megawatt and a second 4‑megawatt machine. During the crushing season, the factory demand sits around 5‑megawatts and the FSC expects to export a percentage of power back to the grid.

To date nearly 150,000 tonnes of cane have been crushed at the Labasa and Lautoka Sugar mills.