The Director of Human Rights and Anti-Discrimination Commission, Ashwin Raj discussed principles of non-discrimination, equal treatment irrespective of race, ethnicity and social status and the rights of the arrested persons to be brought before a court no later than 48 hours after the time of arrest, in a training session with 36 officers at the Samabula Police Station.

The training session was part of an effort to empower and enhance the understanding of the police officers on the constitutional rights of the arrested and detained persons.

Raj addressed the officers on the rights of arrested and detained persons, in particular, section 13 of the Fijian Constitution and section 11 on freedom from cruel and degrading treatment.

The officers were briefed on the nature of complaints received by the Commission which were in relation to police brutality, police misconduct and use of disproportionate force while making arrests. 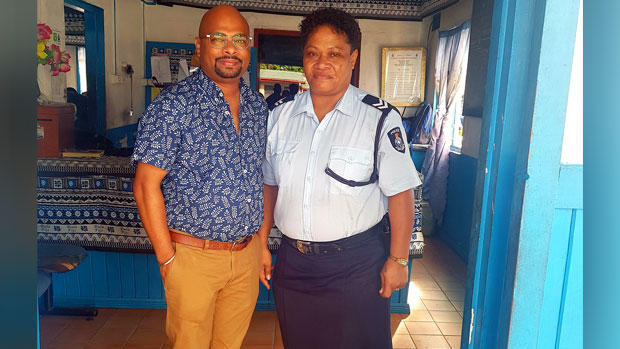 Emphasis was also made on the observance of minimum human rights standards in police station holding cells which needed to be consistent with human dignity.

The officers were also informed about strict observance of the constitutional rights of children in conflict with law, in ensuring that the best interests of a child are the primary consideration in every matter concerning the child.

The Samabula Police officers have been reminded that every child has a right not to be detained, except as a measure of last resort, and when detained, to be held only for such period of time as is necessary and separate from adults, and in conditions that take account of the child’s sex and age.