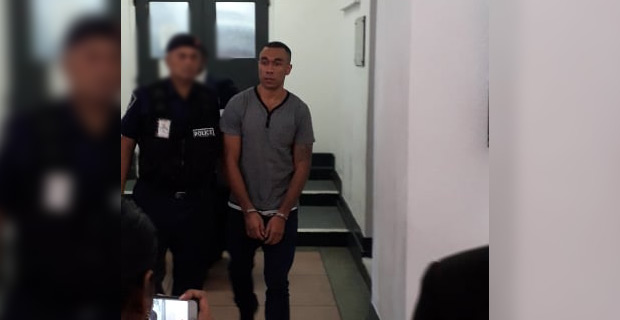 Rusiate Raiwalui who is alleged to have killed a New Zealand national in May this year has pleaded not guilty to a count of murder in the Suva High Court this morning.

The State lawyer made an application to include a further charge of unlawful possession of illicit drugs.

The court was told that Raiwalui allegedly had possession of 101.3 grams of cocaine on 8th May this year.

Raiwalui has also pleaded not guilty to this charge.

He has been further remanded in custody by the Suva High Court and the matter has been adjourned to 14th February next year.

New Zealand businessman, Ashkan Farsani was dropped off at the CWM Hospital on 8th May this year with stab wounds found on his chest.

He was later pronounced dead after doctors failed to revive him.

The Acting Permanent Secretary for Health, Doctor James Fong says the 66-year-old man who tested positive for COVID-19 after returning from India does... 33 minutes ago
LATEST NEWS

A Chinese fishing vessel which has been carrying a dead crew member from May this year is stuck out at sea. An agent of the vessel has told ... 18 minutes ago