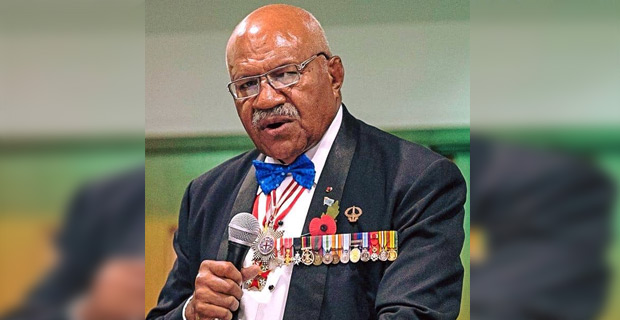 Opposition Leader, Sitiveni Rabuka is calling on the government to convene a national summit to combat family violence and sexual violence which includes wife-killings.

Rabuka has called on the public to support 16 days of activism against gender-based violence.

He says all sectors of society, religious bodies, and civil society must be involved in this review of strategies to combat gender-based violence and at the heart of ending such violence, is attitudinal change, which can be encouraged by religious bodies.

Rabuka says Fiji’s domestic violence law is now 10 years old, yet on its tenth anniversary, nine women have been killed by their partners this year alone.

He says the festive season is fast approaching and traditionally this is a time when police receive a spike in reports of domestic and sexual violence.

Rabuka says a review of the operation, and efficacy of the Domestic Violence Act 2009 is urgently required to protect the women and families of Fiji.

The Opposition Leader urged the people of Fiji to support initiatives to raise awareness on the negative effects of gender-based violence on women and girls, families, communities and the nation.

Rabuka says these initiatives are part of the “16 days of Activism against gender-based violence” program which is spearheaded by the Ministry of Women, Civil Society Organizations and Women's NGOs.

He adds SODELPA is committed to bringing peace, freedom, security and equal opportunities for women in our society, however women and girls cannot take up opportunities to contribute to society, or to excel, if their homes are places of physical and sexual violence or the venue of their deaths at the hands of their husbands and intimate partners.

The Acting Permanent Secretary for Health, Doctor James Fong says the 66-year-old man who tested positive for COVID-19 after returning from India does... 43 minutes ago
LATEST NEWS

A Chinese fishing vessel which has been carrying a dead crew member from May this year is stuck out at sea. An agent of the vessel has told ... 28 minutes ago