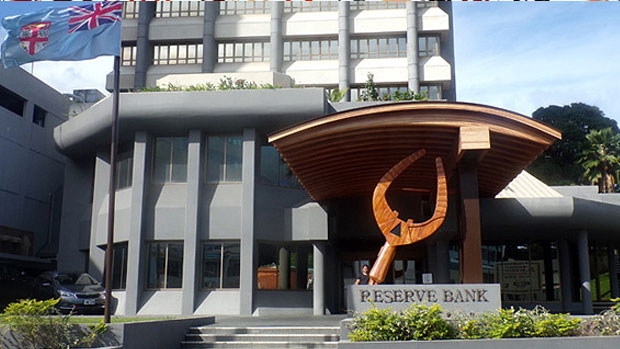 The Reserve Bank of Fiji says the Fijian economy is anticipated to grow by 1.7 percent in 2020, following an estimated 1 percent expansion in 2019.

The central bank says the sugar industry performed relatively well in 2019 as both cane and sugar production increased annually by 6.5 percent and 5.3 percent, respectively. Similarly, visitor arrivals rose by 2.8 percent in 2019, mostly driven by higher arrivals from the US, New Zealand, Japan, Pacific Island countries and the rest of Asia.

However the Reserve Bank says in contrast, the overall timber industry performed weakly despite the increase in mahogany production as pine wood supply, sawn timber and woodchip production declined in 2019.

In addition, worsening and poor quality ore reserves coupled with technical issues led to a 14.9 percent decline in gold production in 2019.

The RBF also confirms that domestic demand remained subdued as suggested by partial indicators for consumption and investment activities.

The latest Reserve Bank of Fiji Economic Review states that the growth in net Value Added Tax collections remained relatively lower in 2019 compared to 2018, there is stalling of large  construction projects and a decline in job advertisements in the country.

The RBF says new and second-hand vehicle registrations also fell in Fiji while commercial banks’ new lending for investment purposes declined by 16.7 percent last year, driven by the contraction in lending to the real estate and the building and construction sectors.

The Reserve Bank also states that construction activity remained weak as domestic cement sales fell by 6.2 percent due to the stalling of large construction projects and on-going transportation setbacks.

The RBF says labour market conditions softened in 2019 as

indicated by the RBF’s Job Advertisements Survey. Vacant jobs advertised in both newspapers declined by 2.3 percent last year compared to the 4.4 percent growth noted in 2018.

The Reserve Bank of Fiji states that persistent narrowing of the trade deficit in the first ten months of last year, coupled with increases in remittances and tourism earnings supported Fiji’s overall external position in 2019.

Higher tourism earnings was mainly led by increased earnings from the rest of Asia, Japan, US, Pacific Islands, NZ, China and Australia.

Commercial banks’ outstanding lending rates were slightly higher while deposit rates continued their downward trend in December 2019 according to the Reserve Bank of Fiji.

The RBF says excess liquidity in the banking system remained adequate in 2019, amid the uneven distribution of funds across banks. Total banks’ demand deposits declined over the month in December by 1.8 percent (-$10.9m) to $603.7 million and as at 30th  January this year, liquidity stood at $675.2 million.

The RBF says the lower inflation outcome was largely due to declining prices noted in the communication and alcoholic beverages, tobacco and narcotics categories.

Inflation is forecast at 3 percent for 2020.

As at 31st January, foreign reserves stood at $2.245 billion sufficient to cover 5.2 months of retained imports of goods and non-factor services.