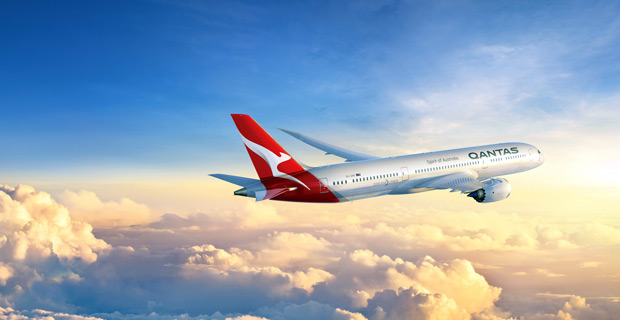 Qantas Airways Limited says they will not decrease their services between Sydney and Nadi due to the growing demand from customers wanting a premium travel option to Fiji.

Qantas which is the second-largest shareholder for Fiji Airways having 46 percent shares in the company says they are providing codes on the majority of Fiji Airways services between Australia and Fiji and they have no plans to change the current codeshare agreements with Fiji Airways.

However, a Qantas spokesman says the latest Australian Government statistics show that in June this year, Fiji Airways carried more than half of all the people traveling between Australia and Fiji.

The spokesman says with Qantas and Jetstar combined, they carried 12.5% of all passengers with Fiji Airways carrying around 56% followed by Virgin Australia at 31%.

When questioned by Fijivillage, Qantas confirms it will operate daily services over the Christmas and New Year period providing more seats which will help boost the visitor numbers that will ultimately support the Fijian economy.

Fiji Airways Managing Director and Chief Executive Officer, Andre Viljoen says Qantas Airways has announced in January this year that it would commence its own services to Fiji in competition with Fiji Airways.

He says the aggressive competition by Qantas Airways is severely damaging Fiji’s national carrier and their ability to compete.

Qantas Airways Limited has been a shareholder in Fiji Airways since 1958 and actively participated in the board until 2012.

Ten people were arrested for breaching the nationwide curfew from 10 o’clock last night to 5 o’clock this morning with one suspect possibly ... 38 minutes ago

A Police officer has been charged with Failure to Comply with Orders after allegedly breaching the curfew over the weekend. During the curfew ... 40 minutes ago

Police in the US are struggling to control arson, damage, and looting following the death of George Floyd in Police custody. In the video footage, ... 53 minutes ago