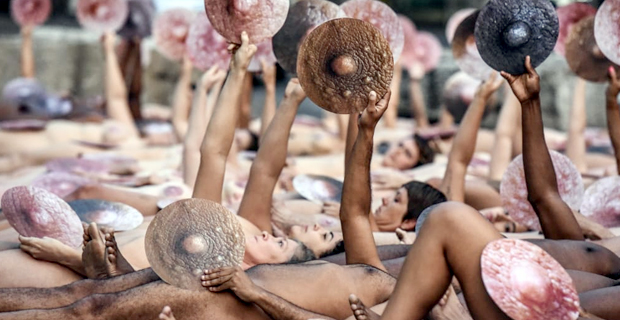 About 100 people have stripped naked in front of Facebook's New York headquarters as part of a protest against what they view as censorship regarding Facebook and Instagram's policies around artistic nudity.

CNN reports the demonstrators lay naked on the road, each with large images of male nipples covering their private parts.

The protest ‑‑ called #wethenipple ‑‑ was organized and photographed by internationally‑renowned American artist Spencer Tunick and the National Coalition Against Censorship.

Facebook says it restricts "the display of nudity or sexual activity because some people in our community may be sensitive to this type of content."

The results for all 24 players that were tested for marijuana, methamphetamine and cocaine use during yesterday’s group matches at the Punjas ... 13 minutes ago