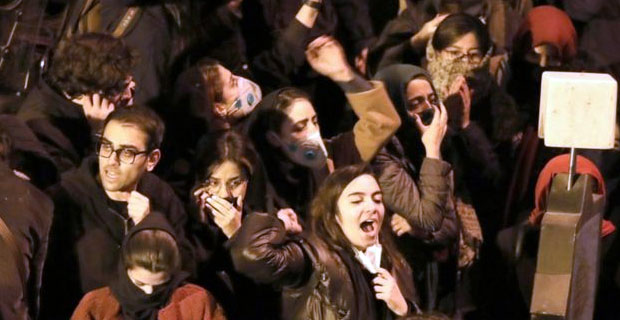 Students had gathered outside Amir Kabir university to pay tribute to the victims [Photo:BBC]

Hundreds of protesters have taken to the streets in Iran's capital, Tehran, to vent anger at officials, calling them liars for having denied shooting down a Ukrainian passenger plane.

US President Donald Trump tweeted support for the inspiring protests.

Iran on Saturday admitted downing the jet unintentionally, three days after the crash that killed 176 people.

Ukraine International Airlines flight PS752, en route to Kyiv, was shot down on Wednesday near Imam Khomeini Airport in Tehran shortly after take-off, and only hours after Iran had fired missiles at two airbases housing US forces in Iraq.

CCTV cameras will soon be installed in locations around Nausori Town to help Police deal with growing concerns about the increasing number of criminal... 26 minutes ago
LATEST NEWS

A 19-year-old woman will give evidence in her uncle’s rape trial which will begin next Wednesday. Suva High Court Judge Justice Salesi Temo was ... 23 minutes ago