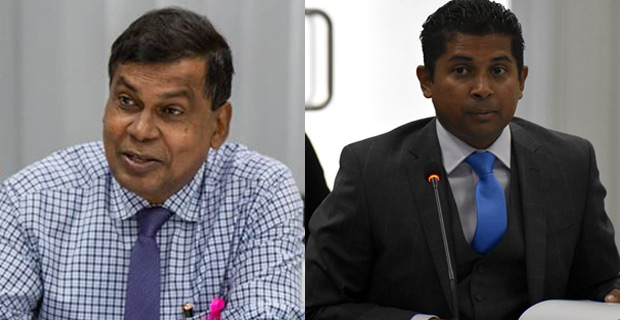 The Supervisor of Elections, Mohammed Saneem says National Federation Party Leader, Professor Biman Prasad is incorrect in saying that FijiFirst has a two-seat majority in Parliament while Prasad says Saneem is sounding ridiculous the more he talks about the results which he should not be talking about.

In an interview with Fijivillage yesterday, Prasad had stated that FijiFirst has a two-seat majority.

Saneem says this is categorically incorrect. He says the FijiFirst has 27 seats while the opposition made up of SODELPA has 21 seats and the NFP 3 seats which in total is 24 seats. Saneem says, therefore, the majority in Parliament is 3 seats.

However, Saneem says currently, since one member from NFP has accepted the suspension, the majority stands at 4.

When contacted this morning, Prasad stood by his earlier comments that the FijiFirst has a two-seat majority in Parliament.

Prasad says Saneem does not understand that Parliament consists of 51 members and 26 seats will give a majority to a party and the FijiFirst has 27 seats and on that basis, it is a two-seat majority for the government which is in power.

When contacted again by Fijivillage this morning, Saneem says Prasad needs to focus on the current numbers in Parliament and the time to consider how many votes is needed to form a majority is only during elections.

Asco Foundation has donated $15,000 to the Foundation for the Education of Needy Children(FENC Fiji), to assist children impacted by TC Harold and ... 25 minutes ago

FICAC has sought more time to file further information in the case of the suspended Director Intelligence, Compliance and Investigations of the Fiji ... 40 minutes ago