Possible underwater volcanic eruptions and landslides on Mt. Washington in Kadavu poses threat to nearby villages

Possible underwater volcanic eruptions and landslides on Mt. Washington in Kadavu poses threat to nearby villages 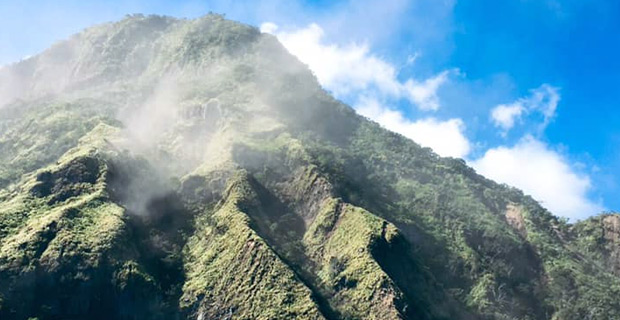 Possible underwater volcanic eruptions and landslides on Mount Washington has resulted in the National Disaster Management Office issuing an advisory to the villages close to Mount Washington (Delai Nabukelevu) on the island of Kadavu to refrain from diving in their fishing grounds or avoid movement along the mountain. The NDMO confirms receiving reports that there are some explosions underwater.

This may be from underwater volcanic eruptions and assessments will be carried out soon.

Villagers along the Mount Washington vicinity have to stay away from the landslides that have occurred following the earthquake on Sunday. The NDMO also warns that continuous tremors or future eruptions may make these areas more hazardous.

Villagers including Nabukelevu I Ra, Lomati, Talaulia and the nearby villagers are advised to exercise caution.

The public are advised to remain alert and ensure that any slight damage to their houses etc should be monitored.

For those living close to Mount Washington (Ului Nabukelevu). pic.twitter.com/XGFiQN4ilP

Divers in the area are urged to avoid going out to sea during this time while assessments are still being undertaken.

A team will soon leave for Kadavu to make further assessments.

Stay with us for updates.

Safety and damage assessments to be conducted on landslides on Mt. Washington in Kadavu after 5.3 magnitude earthquake

The Mineral Resources Department has confirmed to Fijivillage that they have an immediate plan in place where they will be conducting assessments on the landslides that occurred on Mount Washington after the 5.3 magnitude earthquake on Sunday.

They say these include safety and damage assessments.

The Mineral Resources Department says they cannot confirm when they will be going to Kadavu, and will have a joint operation with the National Disaster Management Office.

People of Nabukelevu-i-Ra in Kadavu confirm that landslides occurred on Mount Washington and described the 5.3 magnitude earthquake as a thunder like sounding movement on land which shook the mountain.

A school teacher of Nabukelevu District School in Daviqele, Kadavu Josese Salabiau says it was something that they have not seen before as they saw smoke and Mount Washington shaking.

Salabiau says with the distance of about 500 metres from the school to the foot of the the mountain base, it was a frightening  experience.

He says they could see landslides on the mountain but it did not affect them in any way.

Salabiau says that they felt a sudden shake in the school building where books fell from the shelves and dishes fell out of the cupboards.

He says they have students from nearby villages which includes Daviqele, Nasau and Kabariki.

Salabiau says it is a good thing they always conduct earthquake and tsunami drills in the school and the students knew what to do when the earthquake occurred.

He says that they felt 11 tremors with the last one occurring at 11.43pm Sunday.

The Mineral Resources Department says the earthquake occurred 26 kilometres North North West of Vunisea, Kadavu at about 8.30am yesterday.

A new study of the Fiji National Provident Fund by the International Transport Workers Federation has recommended an urgent independent review and ... 6 hours ago

A new record has been set by Aminiasi Tavailagi of Ratu Kadavulevu School in the Sub Junior Boys Long Jump, and he has also qualified for the 100 ... 6 hours ago

A tough tussle is expected in the Senior Girls 100 metres final tomorrow as Mahatma Gandhi Memorial School’s Kesaia Boletanakadavu and Saint ... 6 hours ago