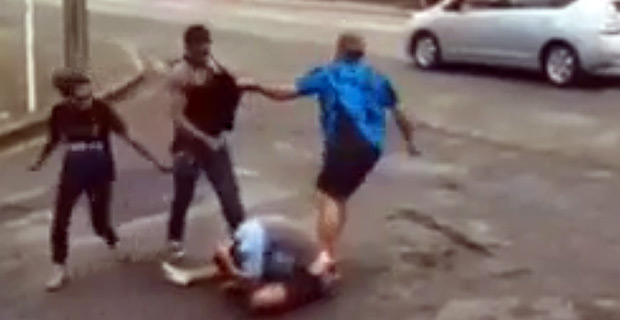 Police will not be investigating the incident shown in a video circulating on Facebook that is showing a man continuously being punched and kicked by two men and a woman along Rewa Street in Suva as a report has not been lodged.

Spokesperson, Ana Naisoro says the incident in the video is an isolated event and since stepping up their operations in Suva, they have not received any other similar case of people being attacked in broad daylight.

She says no one is willing to come forward to lodge a report and the Police cannot force anyone to do so.

She adds Police cannot conduct an investigation as they need to have a report to have the legal authority to question people.

The video circulating on facebook also shows three people swearing at the victim and one of them walking away with the contents from the victim's pocket.

It is not clear when this incident occurred.