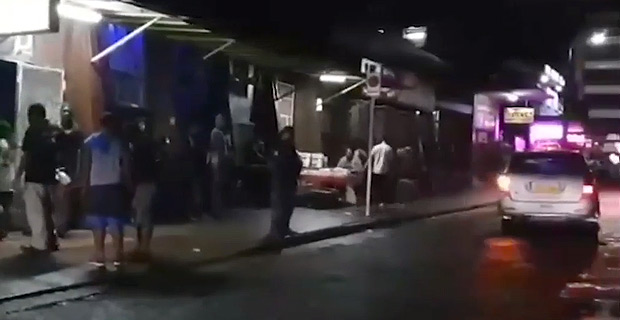 A foreign national was allegedly brutally assaulted along Victoria Parade at about 2.30am last Saturday and this has prompted the US Embassy to send out an email security alert to its citizens, a Police investigation has commenced into the alleged brutal assault and there is also a relook at Police operations.

The email US Embassy security alert says that a person was attacked by several individuals in downtown Suva early Saturday morning, and the man sustained serious injuries.

It says several similar attacks occurred in the same area earlier this year, targeting patrons exiting restaurants and nightclubs. It further says to date, the culprits have not been apprehended.

The U.S Embassy’s Regional Security Office has strongly discouraged Embassy staff from walking in downtown Suva after dark and to call 917 to reach Fiji Police in an emergency.

Fijivillage has received information that the foreign national was walking along Victoria Parade when he was attacked by a group of men.

He was later taken to hospital and had serious fractures and had a heavily bleeding eye.

Reports have also come in that the man had to go for emergency surgery and has possibly lost vision in an eye.

When questioned by Fijivillage, Acting Commissioner of Police, Rusiate Tudravu says a team of officers is investigating the alleged assault and as they could not gather much information from the victim, they are gathering whatever they can from CCTV footage and Police enquiries.

DPC Tudravu says they are aware of the advisories about the safety of people in Suva and their team at Totogo have been directed to relook at their posture of operations.

But he says Police would like to reassure everyone that this incident is by no means a reflection that Suva is unsafe.

DPC Tudravu says they are also again advising members of the public to be mindful of their own safety particularly if they are intending on consuming excessive amounts of alcohol.

When asked about consistent patrols, DPC Tudravu says they will continue to look into the shortfalls of their operations but people must be reminded that when they become heavily intoxicated they also become easy targets not only for opportunists but other night goers who take advantage of those who have limited to no control over themselves.

The Head of the Catholic Church in Fiji Archbishop Peter Loy Chong says the church will be issuing a formal statement tomorrow in response to allegati... 11 minutes ago
LATEST NEWS 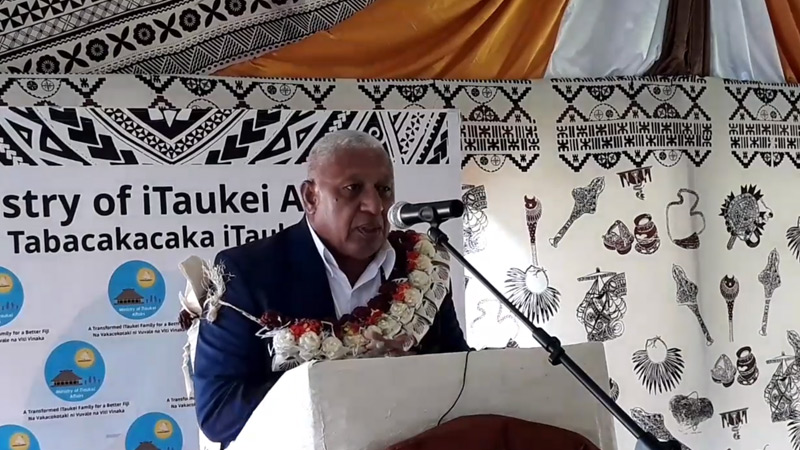 Prime Minister Voreqe Bainimarama stresses that leadership lacks compassion in all sectors. Bainimarama highlighted this while speaking to the ... 2 minutes ago

Police have confirmed that a man has passed away in the horrific crash between several vehicles in Waqadra in Nadi along Queens Highway this ... 2 hours ago

South Africa has introduced new restrictions, including another ban on alcohol sales, to help contain the spread of coronavirus. A night-time ... 4 hours ago
More News
TOP