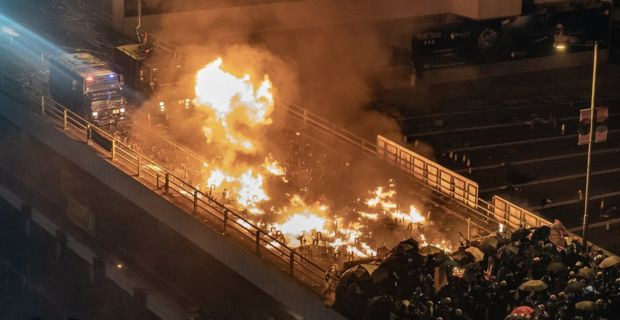 Protesters have been holding a bridge above the Cross Harbour tunnel [Photo:BBC]

Police have besieged a university campus in Hong Kong occupied by protesters who have been fighting back with arrows and petrol bombs.

Officers have warned that they could use live ammunition if protesters do not stop attacking them using such weapons.

A media liaison officer was earlier wounded in the leg with an arrow near the Polytechnic University (PolyU).

Australia's second-largest city has begun a second lockdown in response to a spike in new coronavirus infections. Melbourne's five million ... 29 minutes ago

A man who drugged, abused, and raped a woman at a hotel in Nadi has been sentenced to 10 years imprisonment by High Court Judge Justice Chamath ... 43 minutes ago