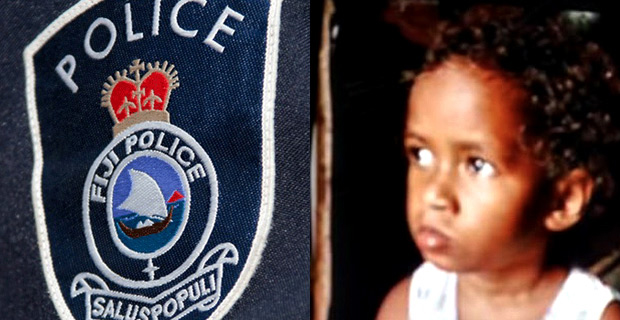 Police are now waiting for forensic test results before it decides on its next course of action regarding the case of 3 year old Talei Raikadroka who is missing from her home in Kalekana, Lami.

The forensic tests are being conducted on evidence gathered by investigators from the man who is a relative of the family.

The man has been questioned and released and no details have been given by police as to how these forensic tests will connect them to the whereabouts of Raikadroka.

Police Spokesperson, Ana Naisoro had earlier revealed that they have received reports from neighbours and other individuals about Talei seen in some locations, and checks have been conducted in all these areas.

Talei was reported missing at the Lami Police Station on December 1st.

Prime Minister Voreqe Bainimarama says he will never accept the idea that even one family or one person is left behind in the modern ... 24 minutes ago

Minister for Commerce Trade, Tourism and Transport, Faiyaz Koya says he has been informed that the Maritime Safety Authority of Fiji has taken ... 27 minutes ago

FICAC has confirmed that investigations are continuing in the cases where eight Housing Authority of Fiji former employees were allegedly involved in ... 29 minutes ago