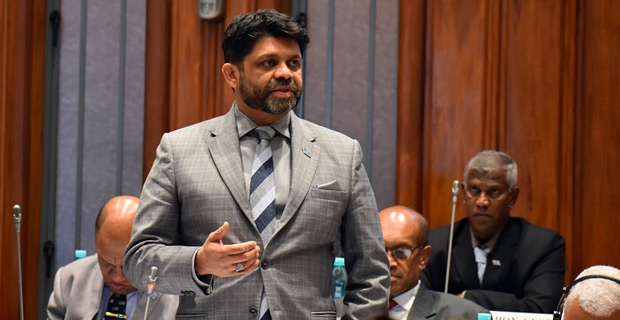 The Attorney General, Aiyaz Sayed-Khaiyum says someone from Opposition said that the Prime Minister should man up, but he wants to state in parliament that it takes a bigger man to apologise and recognise his mistake and say I did wrong.

Sayed-Khaiyum says he was a friend of Tikoduadua and they formed a close relationship and when Tikoduadua resigned, he was upset.

He says if Tikoduadua can cause him so much anguish when they were close and shared secrets with him, he wonders what would be the deep sense of relationship between Tikoduadua and the Prime Minister.

Sayed-Khaiyum says members of parliament need to come to debate with clean hands.

He says the Leader of the Opposition, Sitiveni Rabuka spoke about the democracy of parliament but this is the very chamber in which he violated the sanctity of parliament.

Sayed-Khaiyum says the Prime Minister never claimed that he is the Messiah.

He says comments from the other side of the house is contradictory.