People need to take responsibility and get vaccinated for measles - AG

People need to take responsibility and get vaccinated for measles - AG 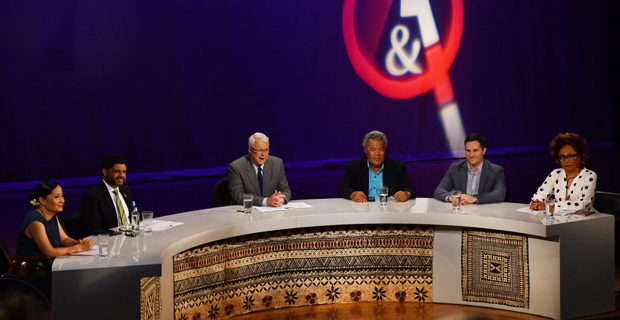 Acting Prime Minister and Minister for Economy, Aiyaz Sayed-Khaiyum says they have a robust system for measles vaccination and new stock of vaccination has arrived into the country.

While speaking in ABC’s Q&A which was held at USP’s Japan-Pacific ICT Centre last night, Sayed-Khaiyum says about 100,000 people have already been vaccinated.

There are now 15 confirmed cases of measles in Fiji with the latest confirmed case being a 38-year-old from Nasilai Village in Nakelo in the Rewa Subdivision.

The Health Ministry says the Rewa Subdivisional Outbreak Response Team is rapidly responding to notification of this latest case which includes isolation of the case, quarantine and vaccination of contacts and others at risk.

Australia’s Minister for International Development and the Pacific, Alex Hawke says they have an Australian team in Samoa.

He says more than 50 people have died in Samoa and most are children.

Hawke says vaccination rates for measles are too low in the Pacific and they are making vaccines available for the Pacific.

This is the first time ABC’s Q&A was held in the Pacific.

Australia's second-largest city has begun a second lockdown in response to a spike in new coronavirus infections. Melbourne's five million ... 20 minutes ago

A man who drugged, abused, and raped a woman at a hotel in Nadi has been sentenced to 10 years imprisonment by High Court Judge Justice Chamath ... 33 minutes ago

The French Ambassador to Fiji Jean Francois Fitou is calling for people to play their part in supporting market vendors as they take part in this ... 1 hour ago

Eight people escaped serious harm this morning after a road accident involving three vehicles at Lobau Road in Navua. The driver of the vehicle ... 1 hour ago