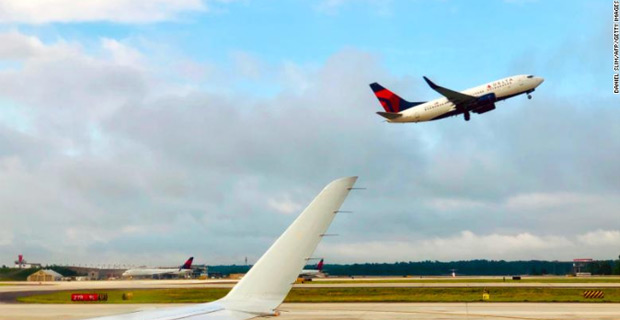 Passengers were praying and trying to text family members moments before a Delta Airlines flight made an emergency landing in North Carolina.

A passenger Avery Porch told CNN that after they heard the boom they just saw all this smoke come up into the cabin, and that's when they really started freaking out.

Nearly 150 passengers on Delta Flight 1425 had taken off from Atlanta when one of the aircraft's engines had a problem.

A video recorded by a passenger shows how a metal nose cone was bouncing inside the engine as the aircraft was in the air.

Passengers said they were more than an hour into the flight when the captain told them they were planning an emergency landing.