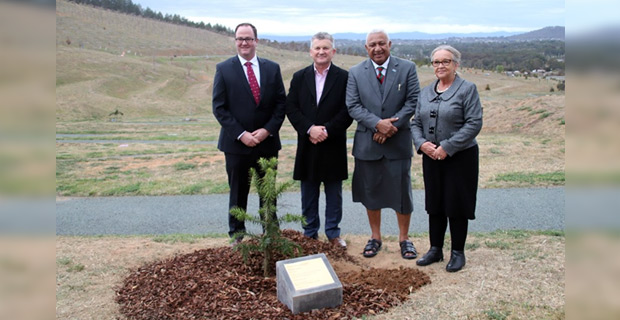 The partnership will see both countries promoting greater people to people linkages through facilitating easier travel between Fiji and Australia.

The agreement states that Australia is extending streamlined processing for Fijian political, business and sporting leaders under the Pacific Australia Card.

Australia and Fiji have also stated that they will explore opportunities to develop pathways for Fijian teams to play in Australian competitions, support Australian teams to increase their presence in Fiji, and create pathways for emerging Fijian athletes to benefit from Australia’s high performance coaching and training. The Vuvale Partnership also states that the two countries will explore opportunities for technical assistance including secondment and work together to examine further support pathways for elite sportspeople, teams and sports professionals  to further build these links.

Bainimarama and Morrison confirm that Fiji and Australia share a strategic interest in ensuring the Pacific is a peaceful, stable and secure region. They reaffirmed their commitment to closer defence, border security, policing, law and justice, intelligence and security cooperation. Australia’s Defence Cooperation Program with Fiji will also continue on training in maritime security and peacekeeping.

Australia and Fiji also affirm their intent to increase cyber security cooperation to maximise protections and opportunities for the Pacific in the digital age.

Australia also states that it recognises the valued contribution of Fijian workers in meeting Australian labour demand through the Seasonal Worker Programme.

Australia also says that it recognises Fiji’s global climate change leadership since it’s Presidency of COP23. Both countries pledged to continue working together in line with their respective commitments under the Paris Agreement.