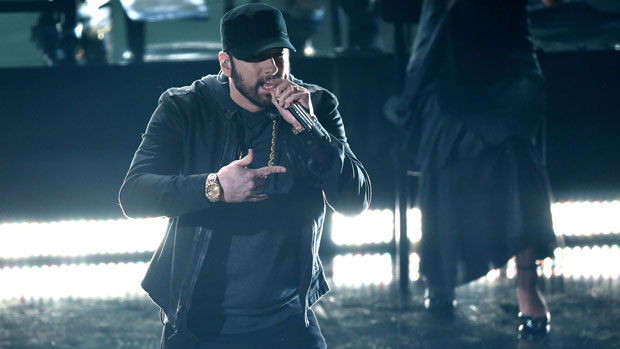 Eminem gave a surprise performance of his hit "Lose Yourself" from his film 8 Mile at the 92nd annual Academy Awards.

During Eminem’s performance, a number of stars sang along and bobbed their heads to the rapper’s Oscar-winning “Lose Yourself.”

Among those seen listening but also confused by the performance were Anthony Ramos, Kelly Marie Tran, Idina Menzel, Billie Eilish and Martin Scorsese.

Look, if you had another shot, another opportunity... Thanks for having me @TheAcademy. Sorry it took me 18 years to get here. pic.twitter.com/CmSw2hmcZo

Looking at some of the winners from earlier today, Brad Pitt won   the award for the Best Supporting Actor for his role in Once Upon a Time... in Hollywood.

He beat Tom Hanks, Sir Anthony Hopkins and Al Pacino for the award.

Toy Story 4 has won the award for the Best Animated Feature.